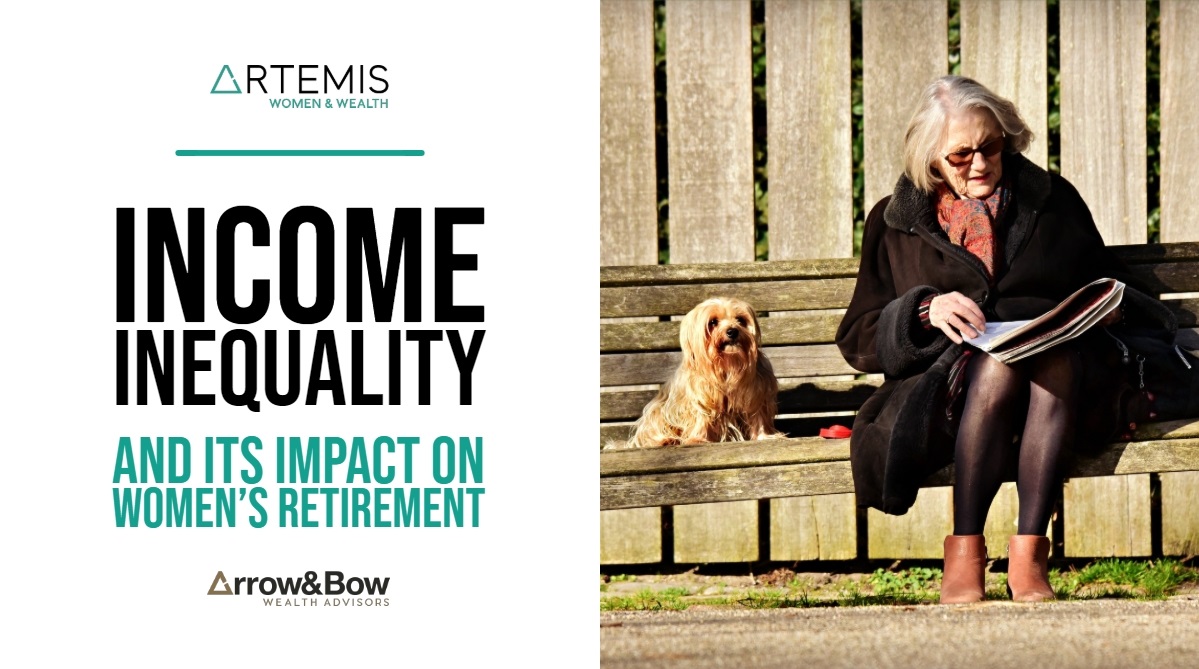 Income Inequality and Its Impact on Women's Retirement

Here are the facts. Generally speaking, women earn less than men, live longer than men, and often take time out of the workforce to have children and/or to care for an aging parent or sick loved one. The potential consequence of these realities? While most U.S. workers are facing a retirement savings deficit, for women, the effect is compounded: Lower pay translates into reduced Social Security benefits, smaller pensions, and less retirement savings.

You needn't look far to find evidence of the gender retirement gap. Consider the following facts:

The gender wage gap has a ripple effect over a woman's entire career. The National Women's Law Center has found that a woman starting her career now will lose more than $430,480 over a 40-year career; for Latinas, this wage gap could total $1,007,080 over a career, and for an African American woman, the total wage deficit could reach $877,480.2 Put another way, a woman would have to work 51 years to earn what a man earns in 40 years.2

Family caregiving causes career interruptions that can have significant monetary consequences over time. Research conducted by the AARP revealed that family caregivers who are at least 50 years old and leave the workforce to care for a parent forgo, on average, $304,000 in salary and benefits over their lifetime. These estimates range from $283,716 for men to $324,044 for women.3

The retirement income gap is very real. The average Social Security benefit for women older than 65 was $14,234 annually in 2014, compared with $18,113 for men, according to Social Security Administration data.4 Research shows that women also receive about a third less income in retirement from defined benefit pension plans and have accumulated about a third fewer assets in defined contribution retirement accounts than their male counterparts.5

While the evidence is compelling and points out the continuing challenge women face in attaining a secure financial future, there are also signs of improvement for women and their outlook for retirement. For instance, according to the National Institute on Retirement Security's recent study, women are working for more years now than ever before, which helps to enhance their Social Security benefits, pension income, and retirement savings. Specifically, the study found that the workforce participation of women age 55 to 64 has climbed from 53.2% in 2000 to 59.2% in 2015.5 And today as many women as men participate in workplace retirement plans.

More broad-based measures, such as legislative action to eliminate the gender pay gap would go far toward leveling the playing field for women when it comes to retirement readiness, yet such policy matters are complicated and outcomes are impossible to predict.

Despite these challenges, many women retire with enough money to relax and enjoy their later years. Here's how they do it:

Regardless of your personal challenges, you can take charge of your financial future -- starting today.

Source/Disclaimer:
1Society of Actuaries, "Society of Actuaries Releases New Mortality Tables and an Updated Mortality Improvement Scale to ImproveAccuracy of Private Pension Plan Estimates," October 27, 2014.
2The National Women's Law Center, "Wage Gap Costs Women More Than $430,000 Over a Career, NWLC Analysis Shows," April 4, 2016.
3AARP: Understanding the Impact of Family Caregiving on Work, Fact Sheet 271, October, 2012 and MetLife Mature Market Institute, "The MetLife Study of Caregiving: Costs to Work Caregivers: Double Jeopardy for Baby Boomers Caring For Their Parents," 2011.
4Morningstar, "Retirement: The Other Economic Gender Gap," June 7, 2016.
5National Institute on Retirement Security, "Shortchanged in Retirement: Continuing Challenges to Women's Financial Future," March 2016.
6To make the catch-up contribution, you are first required to save the current annual maximum of $19,000.
7Distributions from a traditional IRA will be subject to taxation upon withdrawal at then-current rates. Distributions taken prior to age 59½ may be subject to an additional 10% federal tax.

© 2018 DST Systems, Inc. Reproduction in whole or in part prohibited, except by permission. All rights reserved. Not responsible for any errors or omissions.